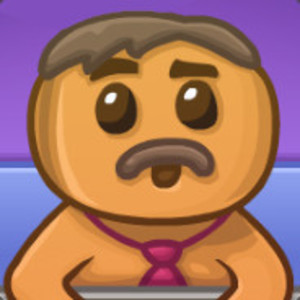 ret2basic was a basic ret2win based binary exploitation challenge where we Locate a method within the binary that we want to call and do so by overwriting a saved return address on the stack.

Taking a peek at the file:

Binary is an 64-bit ELF executable and is not stripped which means we can decompile it with ghidra/cutter and take a look at the code.

Now let’s look at the security features of the binary:

Lucky for us, it appears this is an basic Stack based Buffer Overflow with ASLR disabled.

Now rather than jumping to Ghidra to decompile the binary, let’s try to analyse it manually and find the vulnerable function and it’s offset.

Sending the string to binary:

On sending 200 A’s we receive segmentation fault which indicates somewhere we overwrote a address which supposedly caused the binary to crash.

Next We take a look at the functions inside this binary, we’ll make use of readelf to dump all the functions:

Let’s move forward with debugging the binary, we’ll use gef which is GDB enhanced features

We can also see the functions inside the binary using info functions command in gef :

Next we disassemble main function:

Here we see main function calling vuln function which is probably where the vulnerability is present.

Let’s look at vuln and make sure of it:

Bingo ! Here we see vuln is using gets() which is where the overflow is existing.

On reading about gets() using man gets

Never use gets(). Because it is impossible to tell without knowing the data in advance how many characters gets() will read, and because gets() will continue to store characters past the end of the buffer, it is extremely dangerous to use. It has been used to break computer security. Use fgets() instead

So now at least we are clear we need to clobber up vuln for conducting overflow.

Further there is one more function win left to analyse, we’ll use cutter a reverse engineering tool. We can also use tools like radare, binary ninja . 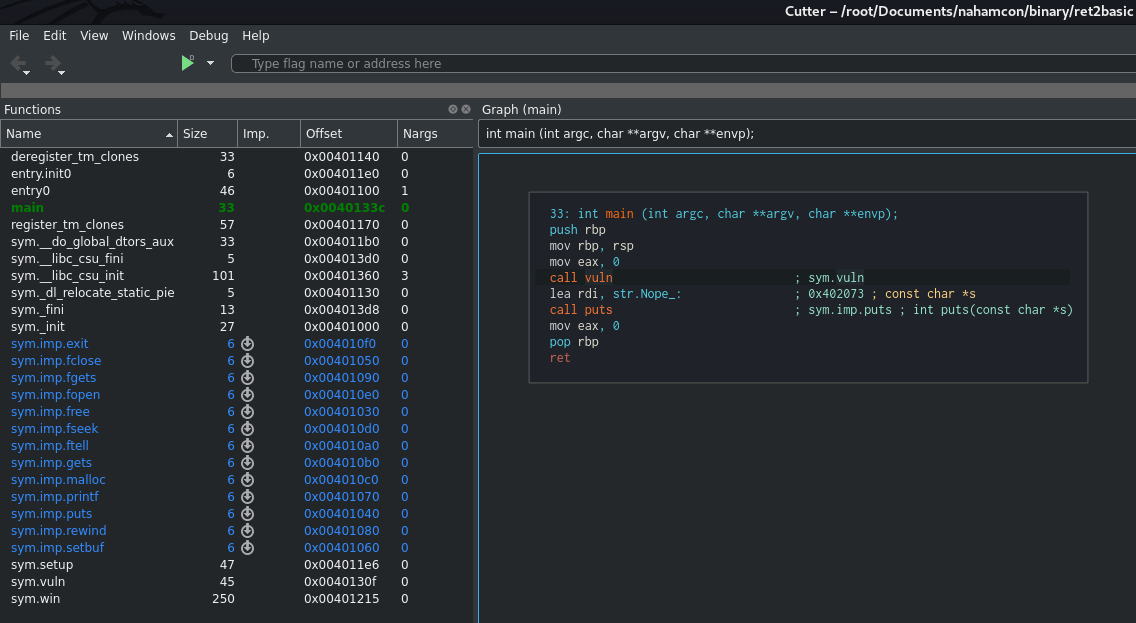 Here we see Can you overflow this? string and the gets() call. 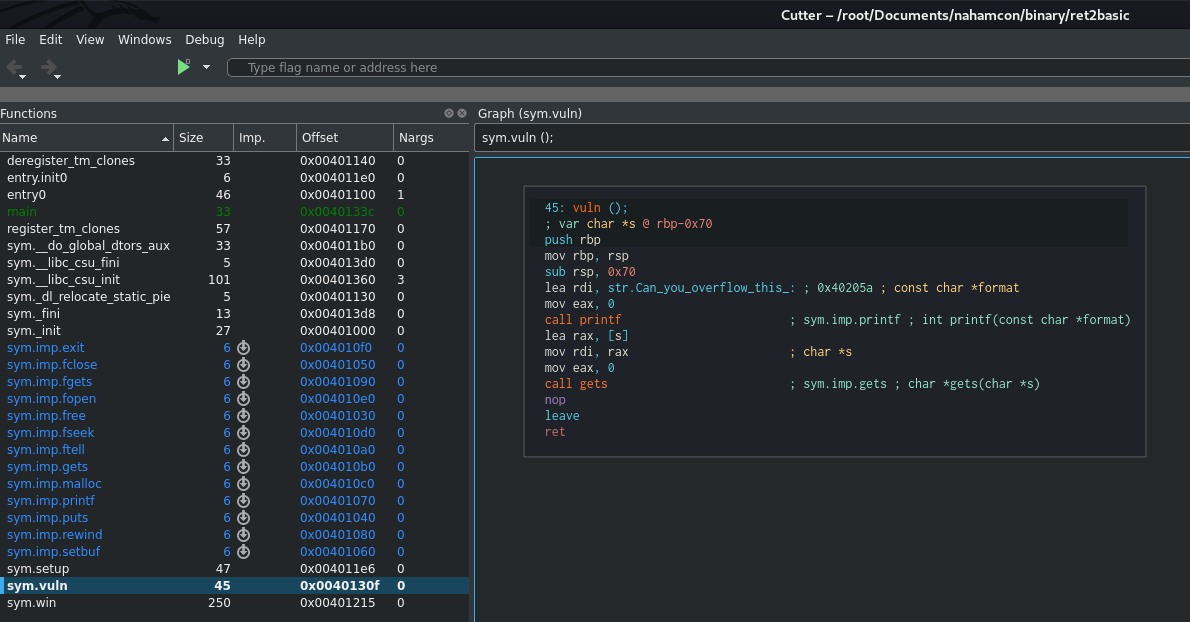 Here we understand win function will allow us to read the flag.txt once we are able to reach it.

Great ! So now know what needs to be done ? -> we need to reach win function to read flag.txt

Next, we need to figure out how it needs to be done.

Let’s first send 200 A’s to the binary and analyse the registers:

Here we can see the overflow smashing the stack overwriting RSP and RBP to be filled with A’s, causing the ret from vuln() to crash.

Now some individual who previously might have seen classic stack buffer overflow’s in HackTheBox or other pentesting labs might be wondering why didn’t we overwrite return instruction pointer (RIP), but instead we caused ret from vuln() to crash.

The reason why we didnt overwrite RIP is cause this an 64-bit binary.

Some important points with regards to 64-bit: 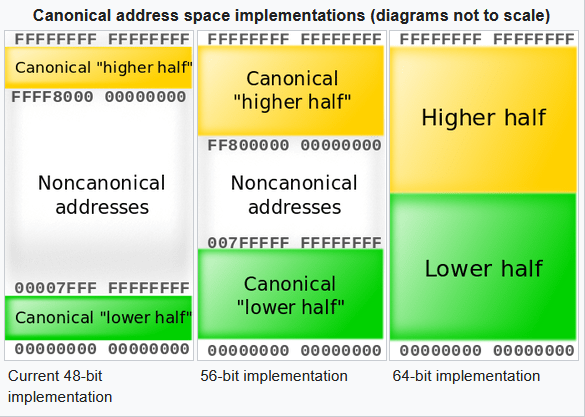 So, now we need to find the correct offset !! To do so RBP and RSP should help us as we can see in above stack trace as they do get overwritten with A’s

To determine the exact location in the input buffer where the address to ret to should be, we can use a cycling buffer of 200 characters, we’ll use in built pattern create from GEF

Now we’ll send this to the binary:

As we can see both RSP and RBP are filled with our pattern, let’s make use pattern search utility from GEF

So we have successfully gained control over RIP and the offset is 120.

As we know the binary does not have an executable stack, but we can replace the address at the right location so that the ret call redirects the program counter to win() which will result in reading flag.txt

So now the last remaining piece of the puzzle is the address of win function.

Let’s test it out, first we will convert address 0x401215 in little endian format, we can do it using pwntools in python.

Now let’s send this address in one liner python:

Bingo ! This time we got Failed to open the flag file. which confirms we successfully called win() function, although we were not able to read the flag since we called the service locally. Let’s write a exploit using pwntools which will call the remote service of this challenge.

One of the advantage of using pwntools is that we don’t need to hardcode any address, we can use elf.symbols.win which will fetch the address of win() from the elf binary specified.

Great! It’s working. Let’s just tweak it to run on remote service and grab the flag:

And we pwned the challenge !

Buff is a quite easy box highlighting basics of enumeration, where we discover a website running a vulnerable software and exploit it using a publicly available exploit to a get remote code exec...